Charges have been filed against two 17-year-olds arrested in the murder of an elderly woman found at in southwest Houston at about 9 p.m. last Friday, according to the Houston Police Department.

The suspects, David Paul Jones and Teihjon “T.J.” Shannon are charged with capital murder in the 228th State District Court.

The victim, Clara Jeanne Barna, 75, suffered multiple blunt force injuries at her home located at 12721 Leader Street and was pronounced dead at the scene.

According to HPD Homicide Division Sergeants M. Brady and M. Casso, HPD patrol officers responded to the above address regarding a deceased person inside the residence. Officers and HFD emergency personnel entered the residence and found a body in an advanced state of decomposition on the floor.

A preliminary investigation determined a 2003 Buick LeSabre, possibly maroon in color, with Texas license plates BZ2H409 and registered to the above address, was missing. The vehicle was last seen on June 21 occupied by two black males.

According to a statement given to investigators after their arrests, Jones and Shannon ran through nearby neighborhoods until they saw Ms. Barna drive into her garage at the above address. When she got out to close the garage door, both suspects approached her, grabbed her and attempted to take her car keys. Barna struggled with the suspects before they were ultimately able to take the keys.

While suspect Shannon held onto Barna in the driveway, suspect Jones got into Barna’s maroon Buick LeSabre and backed it out of the garage, running over Barna and Shannon in the process.

Barna suffered major injuries including a fractured skull and broken back. Shannon suffered injuries to his legs, however was able to get up and drag Barna into the garage where both suspects left her to die while they fled in her Buick.

On June 20, both suspects, still driving Barna’s LeSabre, tried to leave a restaurant without paying. When they did so, the manager wrote down the license plate.

On June 23, Westside patrol officers located Barna’s Buick being driven by Jones. He was subsequently arrested for driving a stolen motor vehicle and interviewed by HPD Homicide Division investigators whereupon he confessed to his role in Barna’s death.

On June 25, Westside Tactical officers located Shannon and arrested him on outstanding warrants. In an interview with HPD Homicide Division investigators, Shannon confessed to his involvement in the robbery and murder of Barna. 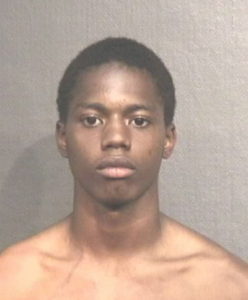 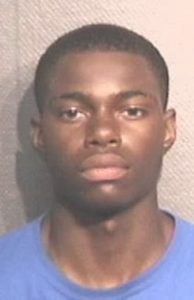